The smell and taste of pumpkin pie in unmistakable, and until recently a completely unavoidable part of fall. Everything has been pumpkin-spicified (including our own pumpkin spice Mocca Shots).

Where does it come from, what is it made of and are there any benefits to indulging in that pumpkin spice latte?

Pumpkin spice isn’t a singular spice but rather a combination of the spices including: Cinnamon, Nutmeg, Ginger, Cloves, and Allspice. During the heyday of spice trading, these spices were important for flavoring and preserving meats, fruits, and vegetables. Since fall is the season of harvests, these spices are deeply rooted in cooking at this time of year since colonists preserved and baked with these spices to preserve food for the winter. Moreover, pumpkins are plentiful in North America in the fall.

Pumpkin spice as a product didn’t become popular until 50 years ago when McCormick began selling their blend of these spices which they dubbed “Pumpkin Spice.” This is how we have been baking pumpkin pies now for half a century! 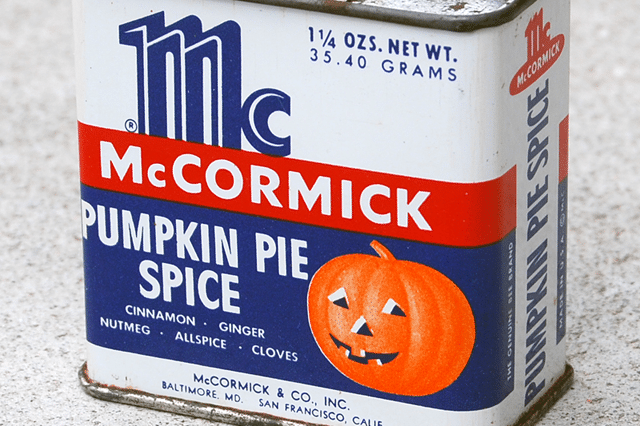 And of course, love it or hate it, the introduction of the Pumpkin Spice Latte by Starbucks has launched a huge market for this flavor in recent years. As of 2016, the market for pumpkin spice products grew to over $500 million!

What are the health benefits?

Cinnamon acts as an antioxidant and anti-inflammatory. It can help control blood sugar, and aid in digestion.

Nutmeg is another great antioxidant and is packed with minerals and B-vitamins. It has been shown to relieve pain, promote digestion and helps to detoxify the body.

Ginger is a powerful antioxidant and anti-inflammatory. It has been shown to aid digestion and prevent nausia, and reduce muscle pain and soreness. In addition, ginger could help lower the risk of cancer. We chose this as an ingredient in Energon Recover for a reason. Learn more about the benefits of ginger it in our blog.

Cloves are a great source of fiber, are packed with vitamins and minerals and antioxidants.

Another anti-inflammatory and antioxidant that boosts the immune system, aids digestion, and helps with circulation.