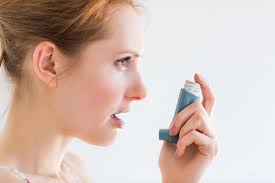 An Indiana University (IU) study found that the ingestion of caffeine within an hour of exercise can reduce the symptoms of exercise induced asthma (EIA).

The caffeine study involved 10 asthmatic subjects who had EIA, in a randomized, double-blind double-dummy crossover study. The volunteers ingested 3, 6, or 9 milligrams of caffeine per kilogram of body weight or a placebo an hour before running on a treadmill. Pulmonary function tests were conducted 15 minutes before the a eucapnic voluntary hyperpnea challenge (a surrogate for an exercise challenge) and then again 1, 5, 10, 15 and 30 minutes afterward.

The prolonged use of medications such as albuterol can result in reduced effectiveness.  In addition, there is growing concern about the potential side effects of inhaled corticosteroid use.  The IU study suggests that caffeine may be a good alternative in reducing the EIA symptom or severity.